With Burning Crusade Classic potentially right around the corner, many Classic WoW players are returning to the game in preparation for Burning Crusade. To maximize the last few weeks and Pre-Patch time before the Dark Portal opens, here is a list of things those players can work towards! 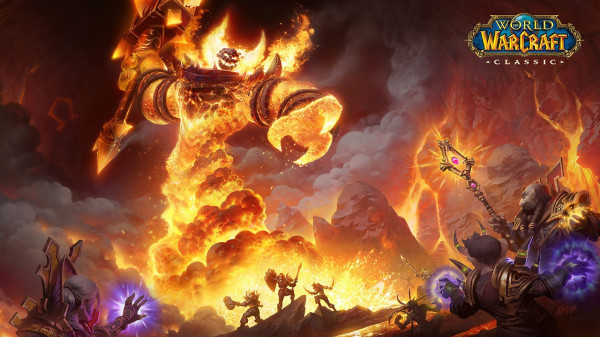 Depending on when a returning playing took their break, it could definitely change the path they will take during preparation. For example, if a player took a break before Blackwing Lair was released, they probably have a longer list of things to get taken care of versus a player that took a break during Ahn'Qiraj. For this article, let's assume that the returning player stopped playing after getting Molten Core BiS and just re-activated their subscription for Burning Crusade. The other factor that weighs into this comes down to if there are guilds on your realm that have open spots, if there are active GDKP's being run, and so on.1. Try and join some Raid Groups
By now, most players that are attuned to Naxxramas won't really be going after AQ40 Tier tokens. For most classes, the Tier 2.5 Tokens are practically free, at this point in the game, and for a returning player in Molten Core gear, these are massive, massive upgrades. If you can join an AQ40 GDKP or even find a group of friends that are running it, try and get in there! AQ40 also doesn't require any attunement at all, which is pretty nice. But don't forget to collect

Qiraji Lord's Insignia off bosses for a quick reputation boost! You will need to acquire some rep before you can turn in the tier 2.5 tokens.

As for Naxxramas, it's probably too late in the game to get your Argent Dawn reputation up and get attuned, especially for so few weeks remaining of the content before the Dark Portal. For a lot of players, this really isn't an option to get both attuned and finding an entire raid group that's recruiting. But what you can do, if you get attuned, is pay a group of Mages that are AOE trash farming in here, and you can find some pretty sick items, such as

Ring of the Eternal Flame.

While doing Naxxramas is the absolute best way to get gear in preparation for Burning Crusade Classic, one item that is absolutely worth mentioning is Mark of the Champion, the trinket reward from turning in Kel'Thuzad's Phylactery. This trinket gives a massive damage boost to all undead and demon targets, making it a nearly Best in Slot item for some classes against many mobs and bosses in Outlands! Again, this is a very difficult trinket to acquire, as you'll need a raid group and actually bring down the final boss of Classic WoW!

Mark of the Champion

Mark of the Champion
2. Do Battlegrounds until you have 20 of Each Mark
Once the Pre-Patch releases, players will be able to buy all of the Classic PvP gear with the new Honor Currency and Marks of Honor. In Classic WoW, Marks of Honor only stack to 20, but in Burning Crusade, this will increase to 100. Most items purchased through the item vendors range in Mark price from 20 to 40. So, it's a good idea to get a head start on these costs and stack up 20 of each Mark in preparation! As for how Honor is rewarded during Battlegrounds, players receive honor for each Honorable Kill on an enemy, as well as periodical Honor point boosts from Battleground objectives. As for Honor costs, items range from around 8,000 Honor to 30,000 Honor! Unfortunately, there isn't a way to stock pile Honor in preparation, as Honor Points are an entirely new currency when the Pre-Patch hits!

This is a fantastic way to get a character quickly caught up before the Dark Portal opens in the Pre-Patch. Weapons are one of the rarest drops from Raids and highly coveted. A character that hasn't played since Molten Core can get a AQ40 equivalent weapon, practically for free, from the new honor system!

If Raiding is completely out of the question, this is the best way to prepare for the Burning Crusade, as practically all Rank 13 gear is valuable equipment to bring through the Dark Portal. Unfortunately, the Rank 13 gear is usually Specialization specific. So, if you're planning on playing an Enhancement Shaman, a Retribution Paladin, or some other off-spec that doesn't align with the gearing on the PvP set, this probably won't be an option for you.3. Level a New Character
As we covered in the How to Prepare for Burning Crusade article, there are many updates to Professions in Burning Crusade, and it might be extremely valuable to have a Tailoring alt, just for the unique Cloth like Spellcloth, Primal Mooncloth, and Shadowcloth. Other than valuable Profession alts, Druids can be extremely useful as they can pick Herbs while in Flight Form, making them a potent gathering alt.

Once the Pre-Patch releases, players will also be able to level Shamans on Alliance and Paladins on Horde, practically getting a free raid spot right away. If your character is still in Molten Core gear, this might be the perfect time to re-roll and guarantee yourself a raid spot, as Shamans and Paladins will be in extremely high demand during the Pre-Patch!4. Farm Gold
As expected, gold can get your character very far in World of Warcraft. With enough gold, you can buy any item in the game from GDKP's, but the most important thing is buying your flying mount as quickly as possible when Burning Crusade actually is released. The reason being, you need a flying mount to finish your raid attunements! Check out our Burning Crusade Attunement guide, if you are unfamiliar.
You must log in or register to reply here.
Share:
Facebook Twitter Reddit Pinterest Tumblr WhatsApp Email Link